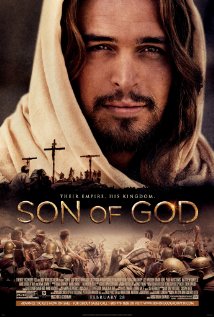 movie summary: Son of God is the story of Jesus Christ and his rise to become the head of the Christian faith. This movie is based on a mini series that was cut apart and pasted back together for a two and half hour feature film.

At the beginning of the movie the audience is provided an extremely quick recap of other Bible events featuring Moses, Noah, Isaiah and Abraham all narrated by John (Sebastian Knapp). The story then swifts gears to Jesus’ birth and skips his childhood and goes right into his journey to become the Messiah. We meet adult Jesus (Diogo Morgado) when he comes across the poor fisherman Simon Peter (Darwin Shaw) and he fills his fishing nets with fish. Jesus chooses Peter as his first apostle and together the pair began their journey to Jerusalem where they gain 11 more apostles and a following of a few thousand people.

The high priests in Jerusalem are afraid of Jesus and do not believe he is the Son of God despite his preaching of the word and the miracles he has performed. Jesus has bought food and drink to hundreds, brought someone’s brother back to life after a their death, has made a man walk for the first time, walked on water to save Peter from drowning, and have saved many people from death and beatings by forgiving their sins. His following grows by each town and village on the way to the Jerusalem where the high priests have sent out scouts to find out if he is real or not. When Jesus arrives and enters the high church the priests are worried he will cause a rebellion so asks the Roman army supervisor to arrest and prosecute Jesus to save the city from destruction.

Jesus is able to host one final supper where he informs his apostles that the end is coming, that one of them have betrayed him, and that the Romans are coming for him. He is arrested and receives more than a dozen lashes for his crimes, before being sentenced to death by crucifixion during a public trial. Jesus is forced to carry his cross to the top of the hill where he struggles to survive for a few days before the dark clouds roll in and he takes his last breath.

When his apostles return to Peter’s place to mourn the loss of their leader, a few of them lay Jesus down in his tomb on the mountainside. After three days the tomb has been broken into and Jesus is gone. Soon Jesus reappears to his apostles and reminds them that if they believe in him, he will always be with them and that he will be back one day. The story ends when John is old and weary cooking food one day when Jesus appears and offers his hand to take him to the heaven. 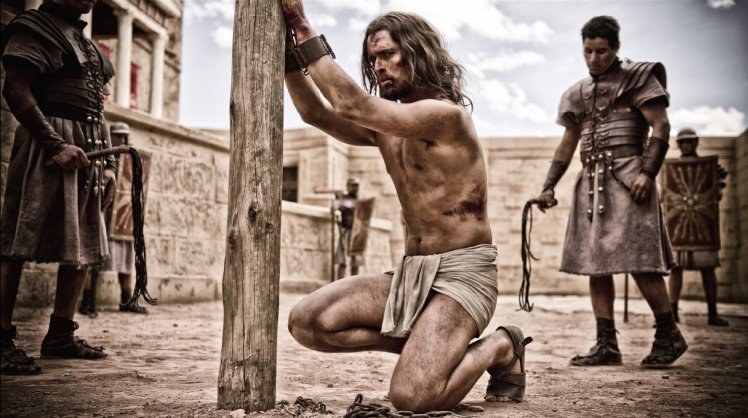 my thoughts: I went to Son of God because I wanted to see how 20th Century Fox would tell the story of Jesus, his death, and resurrection. The movie has done well at the box office but the majority of people feel the same way I do, that this movie wasn’t good at all. The story seems rushed along at a very fast pace and the special effects (like the landscapes and when Jesus walks on water) were absolutely terrible. This story seems very superficial to all the things Jesus did, although I feel the movie allows audiences to either be introduced to him or want to go pick up the Bible and read more about him. I will admit that I felt the desire to pick up a Bible or research Wikipedia to find out more about the supporting apostles and the stories, because I did not know that Jesus was alive during the same time Julius Caesar was in power in Rome. I love history so this short recap of Biblical events does make me want to learn more. I tried my best to remember the Passion of the Christ, been forever since I seen that movie, so I can’t compare the two just remember that was by far the better movie.

Son of God was based on a mini-series and should have just been made as a TV-movie instead of a feature film release.