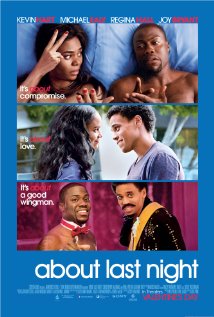 movie summary: Bernie (Kevin Hart) and his best friend/wingman Danny (Michael Ealy) go out on the town one night where they meet Joan (Regina Hall) and Debbie (Joy Bryant). This is the second date for Bernie and Joan who just had an amazing one night stand, so they drag along their two best friends in attempt to play match maker. Quiet and reserved, Danny and Debbie manage to hit it off once Joan and Bernie take their public displays of affection a little to far. Danny offers to walk Debbie home where they share a kiss and setup an official date alone.

Over the next few weeks a real relationship begins to blossom between Danny and Debbie while they distance themselves from the steamy sex crazed friends. Tensions begin to raise between the four of them when they begin to do separate things and don’t hang out anymore. Things become even more serious when Danny asks Debbie to move in with him, just as Bernie dumps Joan, driving a wedge between best friends.

Debbie moves in with Danny and their relationship soon turns into a very repetitive boring lifestyle which causes Danny to fall out of love and want to be a bachelor again. Bernie has been living it up since he became single and begs for Danny to come back out and be his wingman again. Whenever the group manages to hang out, the party is always interrupted when Bernie and Joan argue and cause a scene. Danny can’t handle the way things are going in his life so quits his job, starts hanging out with the boys again, and pushes his relationship to the back burner.

The drama hits an all-time high at Thanksgiving when Danny is hung over, doesn’t help with food preparation, and the dinner party is ruined by Bernie and Joan bickering. Debbie decides to pack her things and move out which brings an end to the four of them being friends. As the weeks go by and Danny begins to miss Debbie he tries his best to win her back but to no avail. Bernie on the other hand has been acting like a playboy the whole time, although he has secretly been hooking up with Joan the whole time. Debbie catches the pair in the act and realizes that if they can somehow make things work, then maybe she was wrong and should give Danny another chance. The only problem is she may be too late. 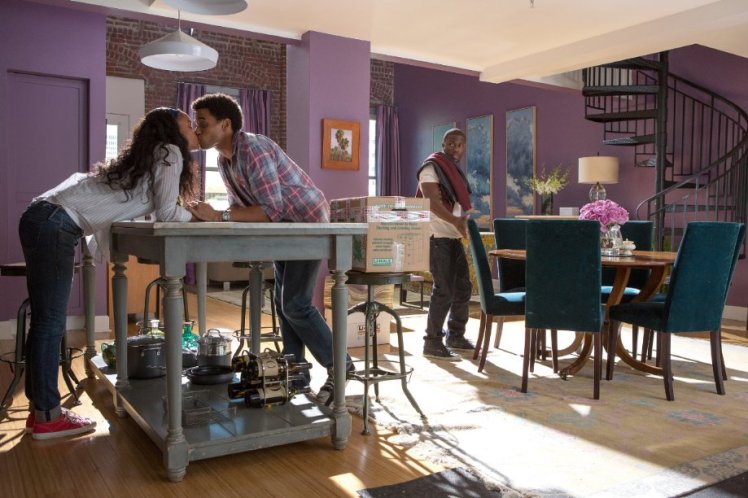 my thoughts: I’m going to be straight up honest and not sugar coat anything, this was seriously just 14A porno. The movie is 1:40 long and we have to watch these four people have sex for about 1:20 of it while the rest of the movie is Kevin Hart doing what he does best, making us laugh by being loud and obnoxious. Hart and Ealy have a great brother like chemistry on-screen while his romantic chemistry is spot on having starred with Regina Hall in other movies. The only who seems out-of-place is Bryant who doesn’t come across with the sex appeal you get from the other three stars. This movie is probably a modern relationship movie (compared to the original, which I have never seen) in terms of what it is like to have a meaningful relationship in 2014. Some things in life don’t always make sense, we meet people for certain reasons, and people come and go leaving an impression forever. Some people are worth fighting for when they make us happy and some are better left to move on. All four characters experience all these feelings as their relationships grow but in the end all decide what they have found is the right match for them and their lifestyle, so they try their best to make things work in a comical way.

Despite it’s decent cast and many Kevin Hart laugh out loud movies, I was very bored with About Last Night and couldn’t wait for it to end. I know this movie will be a hit with a certain amount of people while others will probably feel just like I do. My apologizes to those who love this movie and don’t agree with my review and star rating.