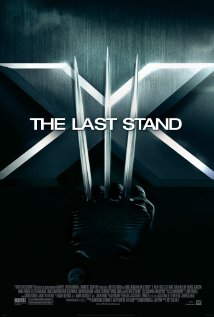 movie summary: The government has spent the last few years looking into projects that will create the world’s first mutant antibiotic. When Warren Worthington III (Ben Foster) realizes his son is a mutant he offers up cash to find the drug faster, which prompts the US Government to reopen Alcatraz Island as test facility. Magneto (Ian McKellen) has created a Brotherhood of Mutants who plan to ambush Alcatraz and prevent the drug from being used. He has gained a new ally from the X-Men, Phoenix (Famke Janssen), who was once the intelligent Jean Grey. The X-Men have to fight one of their own and their evil nemesis who out number them to save their race once again.

In a flashback to 20 years before the formation of the X-Men, Professor Xavier (Patrick Stewart) and Erik Lensherr/Magneto visit a suburban neighborhood where they meet a young Jean Grey. She has the power to move things with her mind so the Professor takes her into the school for the gifted. He wants to teach her how to control her powers and groom her to become one of the leaders of the X-Men. While growing up she falls in love with Cyclops (James Marsden), after saving the group in X-Men 2 she died leaving Cyclops alone and depressed. He often goes back to Alkali Lake to visit the site where she died until the one day she appears to him, they share a passionate kiss which causes Cyclops to fade away. Professor Xavier gets the feeling something is wrong within his group so dispatches Wolverine (Hugh Jackman) and Storm (Halle Barry) to the lake to find Cyclopes, only to find Jean instead. They bring her back to the school where the Professor puts her under an induced coma so he can examine her. Wolverine patiently waits by her side to find out that she has unlocked a subconscious dual personality named Phoenix.

When she awakes up, Phoenix is more powerful than every before. Wolverine tries to keep her calm but she storms out of the school and goes back to her childhood home where Professor Xavier, Wolverine, and Magneto rush to. Everyone is there for a different reason, the Professor wants to save Phoenix from harming herself, while Wolverine wants the girl he loves back, and Magneto is there to recruit this powerful women to his Brotherhood. Phoenix destroys her house killing Professor Xavier and hurting Wolverine before she leaving with Magneto. Wolverine is upset at the way these events unfolded while the rest of the X-Men mourn their leader’s death. He sneaks away to a Brotherhood rally to find Phoenix who overpowers him before Magneto finds the them. He informs Wolverine that the Brotherhood is going to San Francisco and they are going to stop the cure from being tested and released to the public and that there is nothing the X-Men can do to stop them.

The Brotherhood reach San Francisco and Magneto turns the Golden Gate Bridge into his own pathway from the mainland to Alcatraz while his army of mutants begin their ambush of the old prison. The X-Men show with the US Military to launch an epic battle to save their species. The X-Men break up into two groups, one led by Wolverine that will engage in hand to hand combat with the Brotherhood while Beast (Kelsey Grammer) and Kitty Pryde (Ellen Page) invade the testing facilities. The Brotherhood are dominating on the battlefield when Magneto gets injected with the antibiotic making his lose his powers. Phoenix takes command of the troops while Wolverine battles his way to her despite her powerful efforts to kill him. He manages to heal himself enough to get right in her face and reason her before making the ultimate decision to kill her. The X-Men appear to have save the cure from being distributed and won the war against the Brotherhood. Things appear to have gone back to normal for everyone except Magneto who may still possess his powers. 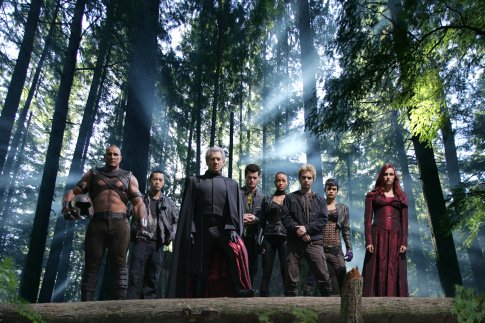 my thoughts: Most fans of the X-Men franchise are disappointed with the third installment of the series, X-Men The Last Stand. Unlike the two previous movies, I actually loved this film and was glued to the screen watching and waiting for the events to unfold. After reading more about the story and characters I now understand why fans would be upset because the Jean Gray/Phoenix storyline wasn’t played out like it was in the comic books. Let’s be honest here, not every comic book story can play out perfectly in a two-hour movie. I also understand some frustration because Wolverine has gotten his own movie franchise (which hasn’t been great) while other characters, who has a potential to have their spin-off, just don’t get an opportunity.

X-Men the Last Stand had everything you could want in a superhero movie like great established characters, new characters, a good vs. evil storyline, and one epic battle that puts an end to everything. The story does offer us some character development especially for Jean/Phoenix’s character by turning her past into something that alters her future. Unfortunately there are some X-Men and mutants who have to die for these events to happen but no death is in vine for the cause of protecting the mutant race.

Wolverine is once again the leader of the X-Men group based on his capabilities and figures in the outcome of the movie like he does in every other story. X-Men may be a special group with an amazing leader (Professor Xavier) but Wolverine is always the focal point. I’m not sure if it’s because Hugh Jackman is playing him or he is just that important in the comic books. Even after Jean Gray sacrifices herself in the second X-Men movie she comes back and is a major player in the third film, while messing with Wolverine’s mind in his own movies! The X-Men series is, in my opinion, based on like 5 characters, Wolverine, Jean Gray/Phoenix, Professor Xavier, Magneto, and Mystique, everyone else feels like they are in the group but not in the group. None of the fringe characters will ever get a spin-off or a major role in a future movie.

I really enjoyed the third movie in the X-Men franchise because it offered up more than the previous two. The storyline maybe all over the place with lots of characters involved, but is worth sitting through as the finale that ties up many loose ends nicely.