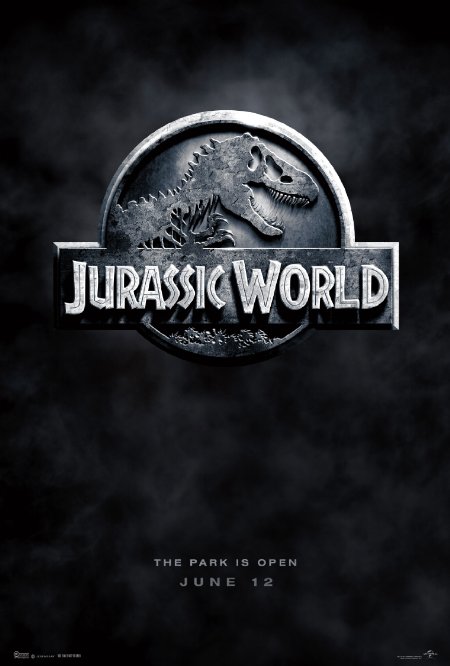 my thoughts: Here is a big surprise for all of you, I was never a fan of the Jurassic Park series. The even bigger surprise is that it took me until 2013 to actually sit down and watch all three of the original films. The first one was good, the second one sucked, and the third one kinda redeemed itself thanks to Sam Neill coming back to save the day. We now find ourselves in 2015, where Hollywood would rather remake movies then create something new, so Jurassic World reopened its gates and this time around no one was messing around with the formula for creating super dinosaurs.

I have to admit I know very little about dinosaurs and don’t have any plans on becoming an expert in their fossils anytime soon. If Jurassic World/Park was a real place, I would never ever visit. I’ve now seen four movies which features the same recurring problems: something always breaks down, the dinosaurs take control of the island, and people get killed or injured.

My review sounds kinda negative so I got to change-up the tempo and look at this film as an individual piece of a really famous, well liked, and profitable franchise. Jurassic World is the best entry into the series because it had so many enjoyable moments that any fan of action and adventure movies will get their money’s worth. Audiences will sit back and be mesmerized as bigger, meaner, and stronger dinosaurs try to outsmart their human friends for control of their habitat. This two-hour plus joy ride, over beautiful landscapes, will be a short-lived trip down memory lane because the park’s biggest unknown attraction, tries to become the king of the food chain. Even someone like myself who doesn’t remember every detail of the original Jurassic Park, can appreciate the efforts the writers did to incorporate things from the original park into the new storylines. It was a fitting nod to its once illustrious history, but also a reminder of how bad things really got.

Every disaster themed movie needs a hero and lucky for us Owen (Chris Pratt) was available. Fresh off the success of Guardians of the Galaxy, we learn that not only can Starlord save the universe, but he can talk to Raptors! He is the star in this film because he’s smarter than everyone and isn’t afraid to go toe to toe with the park’s biggest killer dinosaurs. Of course he’ll battle personal and political hurdles to get things under control, but lucky he has the park’s manager Claire (Bryce Dallas Howard) at his side. She will flip-flop throughout the movie, going from the one in charge to being in distress, which adds more layers of drama to get the audience guessing what will happen next. Together these two make a great pair because their instant chemistry allows for them to feed off one another to overcome the ever-changing dangerous conditions of this hostile environment.

my final thoughts: Everyone flocked to the theatre in the summer of 2012 when Avengers came out. Amazingly even more people jammed packed theatres across the globe last weekend to catch the opening of Jurassic World. Thanks to sold out theatres, Jurassic World now holds the record for the highest opening weekend ever. The best parts of this movie are hard to describe without giving much of the story away, but all you need to know this film as the perfect combination of comedy, action, adventure, drama, thrilling sequences, and fantastic CGI to make you want to watch it again and again. I may never go back and enjoy the first three blockbuster dinosaur movies, but I would be more than happy to check out Jurassic World again, it was that enjoyable on the big screen!