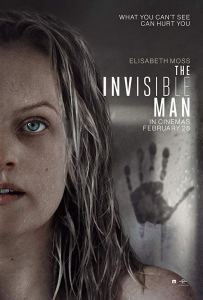 The Invisible Man had a successful opening weekend. Don’t hold any celebrations or anything, it was the only major opening at that time. Advanced CGI technology allowed for our bad guy to be at the top of his game. Although I have never been a fan of our leading damsel in distress, Elisabeth Moss, she’ll get a pass in this one for her ability to turn the tables when it mattered most.

The jump scares will startle you, and there are a handful of twists you won’t see coming. If you say you did, you’d be lying. I didn’t expect things to go down the way they did; however, it all made perfect sense. Yet while things were building to the finale, I kept waiting for this one thing to happen and make the world right again. When it finally happened, it felt justified. I accepted the ending because I knew it was coming. The only question I have in regards to the ending is what happens next.

Now, as we debate the movie and go deep into its core, there are probably a dozen or so questions left without answers. There are gaping plot holes that no amount of gauze could stop the bleeding. There could be a dozen unsolved loose ends in the movie, which means maybe a sequel can piece everything together, or this stand-alone movie will just leave things as they are.

If anyone can explain to me how she stayed out of the mental hospital or jail, I’d be thrilled to hear this explanation. I’ll probably always wonder what happened, or I may just move on, and those thoughts fade into the mist. 7/10