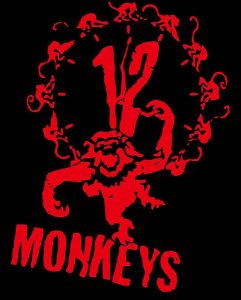 Twelve Monkeys is considered one of the top five movies about viruses. Since I have never seen this cult classic with Bruce Willis and Brad Pitt, I thought there was no better time than the present to watch it.

Personally, I thought this movie was pure garbage. Like an out of control dumpster fire that ended up torching a city along with it. There was no rhyme or reason for it. It made no sense and was so confusing that I lost interest in mere minutes. I couldn’t stand the performances, which were off the charts given the level of talent associated with the project.

What I found to be completely misleading is the whole premise of the movie. This story is not about a virus. This is just a film about crazy people doing crazy things. I think that pissed me off more than the terrible futuristic special effects and the overzealous performances.

The weirdest thing about the whole experience was 12 Monkeys actually got recognized with awards! I understand the film industry, and award selections were totally different two decades ago, but how on earth could this film be awarded anything besides a place in the bargain bin at Wal Mart?

I hated all 128 minutes of 12 Monkeys and wouldn’t recommend it to even my worse enemies. However, I know there is a group of film enthusiasts out there who absolutely love this movie and argue with me this movie is, in fact, about viruses. Thankfully you guys exist, or 12 Monkeys would have never popped up on my radar. My only request if you take your film back. 1/10