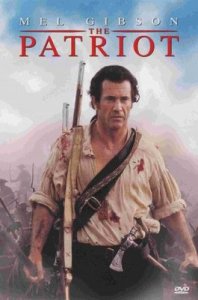 Mel Gibson will be remembered for many things he did on the big screen or behind the camera. Known for roles in Lethal Weapon and Braveheart and the director of The Passion of the Christ. One of the roles I’ll always fondly remember him as Benjamin Martin, one of the bravest fictional characters to fight in the American Revolution.

Since its release, and even 20 years later, it still does not disappoint in any way, shape or form. The Patriot is a great story with amazing performances and action sequences. There is heartbreak, drama, and bad intentions. Everything comes together through bloodshed on the innocent fields of a young United States.

One of my favourite parts of the film is when Martin and his men outsmart the British Troops, headed by Tom Wilkenson, with a bunch of straw soldiers. When the reluctant British soldiers bring one of the strawmen to the head office, everyone’s reaction is priceless.

Another reason why this movie is so memorable is the performance from the late Heath Ledger. When people look back at his career, they point out some of his well-known performances, but one can not forget his performance as the headstrong Gabriel Martin. As a young man with a lot to prove, Gabriel spends the majority of his time thinking he’s smarter than everyone in a time when life experience is the only answer.

There are a handful of other great characters, and then there is Colonel William Tavington, played by Jason Issacs. Tavington is one of the worse bad guys to ever grace the screen. He doesn’t care about anyone or anything and takes a ruthless approach to everything. It is victory at all costs, which means doing the unthinkable to provoke the enemy.

It is safe to say that there are dozens of movies and TV shows about the American Revolution. I would consider The Patriot to be one of the best in that genre. 8/10