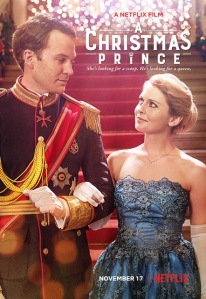 Once upon a time ago, I praised Netflix’s ability to create good romantic comedies that could become the cornerstone for the genre’s future. These Netflix original movies will also be used as anchors to get people invested in their product.

A Christmas Prince was widely successful and attracted many views. Even though the story was pieced together from a thousand other films from the rom-com genre, this particular film worked because of its sincerity.

You can’t help but be drawn to Rose McIver’s character, Amber. Even though she lied to obtain a job at the Royal Palace of Aldovia, you have to admire the kind of woman she really is.

When her cover is blown and her future in jeopardy, she reveals a different side to her personality that you hadn’t seen up until that point. Despite what she was originally recruited for and her main objectives, she becomes the hero of the story. After everything she’s been through, her efforts win over Prince Richard (Ben Lamb), and the fairy tale romance was born.

This first installment was the base for a franchise that Netflix is investing heavily in, hoping that it will be one of their mainstays for years to come. I may have liked the story along with so many others, but I would have been okay with this being a stand-alone rom-com. 6/10